Bitcoin has been hinting at a break above $5,000 for over a month when it nearly hit it in August.  A lot of ground was lost in early September when China announced they were banning ICO’s pending further review.  Shortly after that China announced a hold on cryptocurrency exchanges.  Keep in mind this is not the first time China has taken such action and they currently block sites such as Facebook and Google.  Many believe China will lift these bans after they have passed some additional policy on the regulation of Chinese exchanges and ICO.

Bitcoin recovered rapidly after the news from China and did not leave any doubts today that there is support above $5,000. 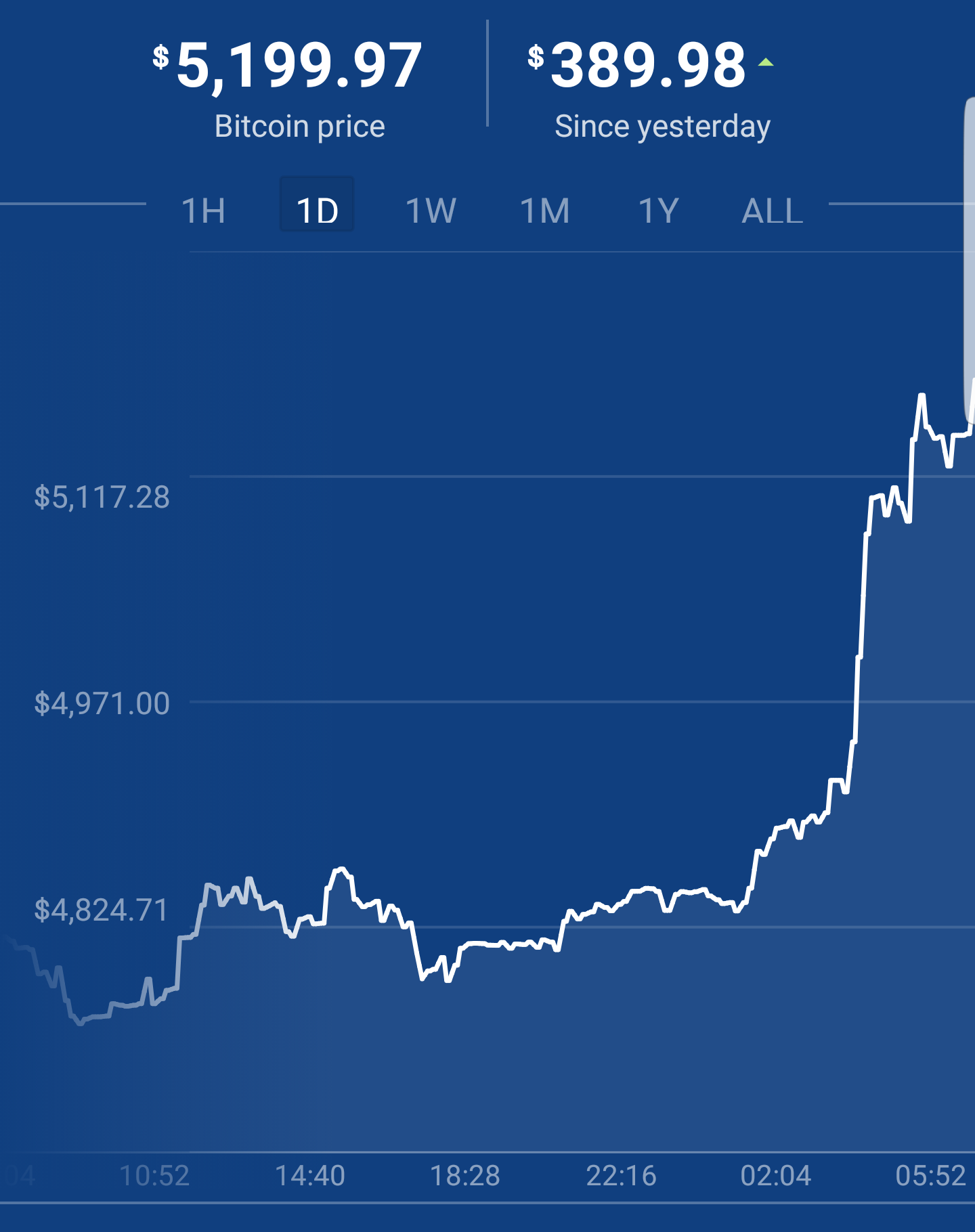