I am going to tell you a story, a story of tragedy, a story of loss and regret, but most of all it is a true story with a lesson to be learned.

A holder of Bitcoin recently received a tragic and expensive lesson in the proper management of their private keys for their digital wallet (think of these keys as the combination numbers to an uncrackable safe).  Let’s call the user Steve for the remainder of the story.

Steve had worked to build his Bitcoin wallet up to 17 Bitcoins, valued at approximately $55,000 as of August 5th, 2017.  He stored his digital wallet on his computer hard drive (Not recommended as your computer can be open to cyber attack, always use a dedicated hardware wallet for any amount over a few hundred dollars. You can pick up an easy to use and secure hardware wallet right here at Protectingcoin.com…we will even assist with walking you through the 5 minute setup if needed).

Steve did try to do the right thing by making 2 backup copies of his keys.  He stored one on paper and another copy on a USB thumb drive to cover his bases if he ever needed to complete a restore.  The next step is where things went horrible wrong.  Steve placed both backup copies (one written down on paper and one saved to a USB drive) directly next to his computer.  The unthinkable happened and his computer had an internal electrical issue and caught fire.  The hard drive caught fire and the installed wallet could no longer be accessed.  If the private keys had been properly stored on a hardware wallet with backup copies stored in a separate location it would have been quick and easy to recover his wallet.  Unfortunately, the fire spread and destroyed both the paper copy and the USB drive that stored his private keys.  You can compare this situation to placing a large amount of money in an uncrackable safe and then writing down the safe combination on a piece of paper and storing it next to your stove (not the safest of places to store the combination to your uncrackable safe, right?). 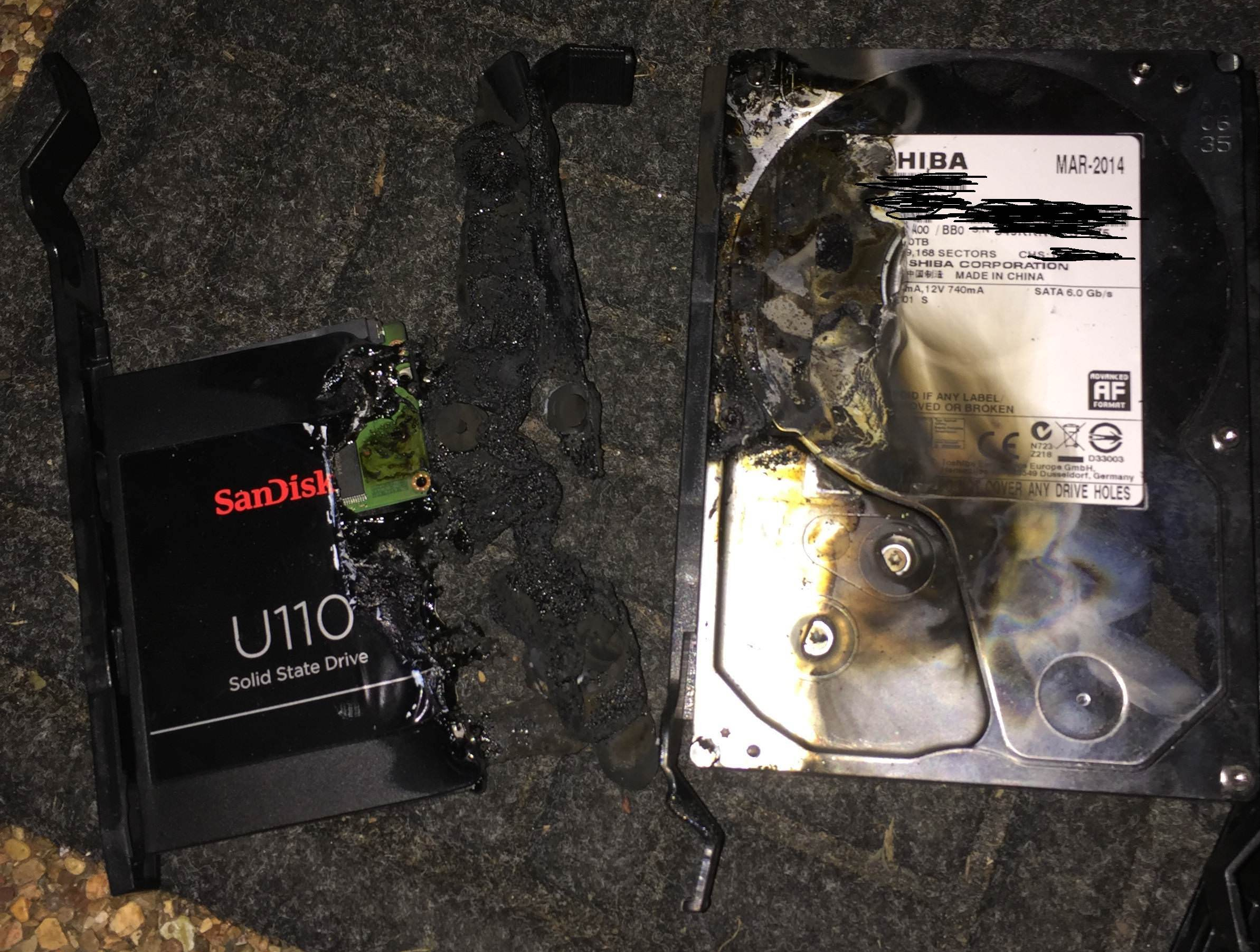 Actual photo of the remains from Steve’s computer hard drive

The thing that makes digital currency so powerful is that the encryption is next to impossible to hack.  This high level of security has now locked Steve out of his wallet.  The 17 Bitcoins that he owns are still securely locked away and will continue to appreciate as the value continues to rise over the years but without the keys he will have no access to the coins.

This story is not meant to scare anyone but it can serve to teach a lesson on making sure you follow best practice to secure and maintain your keys.  You always think it will never happen to you until it does happen to you.

So, how can your protect your keys and make sure something similar does not happen to you?

You may be asking; so what about Steve, does he have any options?  Well, he does not have many options but there is a very small chance of hope.  One option is that the hard drive can be sent to a data forensic company in an attempt to recover data.  These services are frequently used by law enforcement that need to recover evidence from damaged equipment or companies that have experienced a catastrophic fire with valuable data.  The cost for these services can be very expensive and there is no guarantee that anything can be recovered.  It will just depend on how much internal damage the drive suffered from the fire.  Option two would be if Steve could remember his 24 words that make up his private keys.  At this time he has only been able to remember 2 so that option does not look good.

ProtectingCoin.com is here to help educate and assist with making sure best practice is followed when using digital currency so follow the 2 easy steps above and you should have no problem securing and using your digital currency.